Translation of a driver licence for Maria in Sydney

Situation: It’s no wonder that many travellers are attracted by Sydney and start their journeys from here. Sydney has it all: the Opera House, with its distinctive sail-like architecture; the Darling Harbour along with its smaller brother Circular Quay Port, both hubs of waterside life; the arched Harbour Bridge; and the esteemed Royal Botanic Gardens nearby. Sydney has beaches, culture, and busy city life. It’s a vibrant place with endless things to do and to see.

Maria was originally from Valencia, a province in eastern Spain. Being from the capital of Valencia (also called Valencia) she is used to city life. Maria had planned to travel from Sydney up the coast to Cairns, where she wanted to watch the indigenous dancers in the Tjapukai cultural centre.

Problem: Together with a friend, Maria bought a car. She required a translation of her Spanish driver licence. She contacted us on a Friday evening and ordered an express translation service in Sydney with 36 hours’ turnaround. They had planned to start their trip on the following Monday.

Outcome: TMT was able to deliver the translation on Saturday around lunch time. Maria was very happy with her translation, and we hope that she enjoyed her adventurous trip!

Translation of university documents for Shabaz in Brisbane

Situation: There is something special about Brisbane that only those who have been there can appreciate. The winding river with all it boats and ferries, the well-maintained parks and green spaces, and the countless perfectly designed cafes make it a very relaxed place. Brisbane is known for its own humour and lifestyle, its secret places and its green suburbs.

Brisbane also has several universities within the city and close by. Shabaz wanted to start his career in Brisbane, and intended to study Information Technology. He already knew a few students at the campus who showed him around.

Problem: Shabaz required his previous education certificates translated into English. Since he had to carefully plan around his budget, he contacted us after a friend recommended our services. He selected our 3-day turnaround service for our translation services in Brisbane.

Outcome: TMT delivered the translation on time. We also offered him an extract translation of a larger document where he required only a few numbers to be translated. This saved him money, and he was very happy with that. We wish Shabaz all the best for his studies, and hope he enjoys the beautiful city of Brisbane!

Situation: According to “The Economist” magazine, Melbourne has been named the world’s most liveable city. It is often described as an artistic and creative place with a special crackling atmosphere that makes it very unique. We definitely agree – Melbourne is just lovely, and landmarks such as the art centre that looks like the Eiffel tower, all those cute back alleyways, and the countless tattoo parlours and bars all come to mind.

Thomas originated from Munich in Bavaria (Germany), well known for its annual Oktoberfest and its beer halls. He has been in Melbourne for about 8 years now, and decided to apply for citizenship after meeting his partner Roger. Thomas would have been a great addition to our team as he speaks five languages, but he works as engineer and is very satisfied with his current position.

Problem: As part of the citizenship application process, he required his police check and birth certificate translated. He was worried that this would be a larger expense and take weeks. He was after professional translation services in Melbourne.

Outcome: Thomas was thrilled when we quoted him a rate that was much lower than he expected, and he couldn’t believe that we delivered within 2 business days. Since he ordered with us, he has recommended us to several of his friends, which we appreciate. We wish Thomas and Roger all the best for their life together, and hope that Thomas will receive his citizenship soon!

Translation of a marriage certificate for Lucas and Louane in Adelaide

Client: Lucas and Louane from France

Situation: Adelaide is the smallest of the five large cities in Australia, and in certain ways the most peaceful and quiet. It is known for its premier wineries, the picturesque Adelaide Hills, the wildlife parks, and the beaches. A well-known day trip from Adelaide is a river cruise on Murray River, with its spectacular rock formations and the abundant wildlife to observe.

Luca and Louane are both from Paris, the capital of France. They both started their adventure in Australia on a working holiday visa. At that time, they were already married. Being a backpacker can be a tough but very rewarding experience, and we have a lot of respect for all these young people trying to discover Australia while living out of their backpack and working hard at the same time.

Outcome: Our French translator was able to read all the contents of the marriage document. We provided translation services in Adelaide with a quick turnaround, and Louane could proceed with her application. We wish both a very successful immigration to Australia, and hope that Lucas’ job and Louane’s partner visa will work out well.

Translation of multiple documents for a sponsorship visa

Problem: The client needed 21 pages of German employment history documents translated into English. He was very worried about the correct terminology for his profession and training. Timing was an additional pressure as he had to lodge his application within four days.

Solution: We lined up a team of German NAATI translators to make sure we could finalise this project on the same day. Our translators understand the requirements of the Department of Immigration and Border Protection, as well as concepts such as the Skilled Occupation List, skills assessments, etc.

Outcome: The client was able to lodge his visa application on time, and has since received an approval. His employer has used our services several times since this great experience.

Translation of documents for an overseas citizenship application

Problem: The client, an Australian citizen, previously had Romanian citizenship but lost it. In order to reapply, she needed a lot of family-related documents translated, including old handwritten certificates. The documents also needed to be submitted to the Department of Foreign Affairs and Trade, and to get an Apostille.

Solution: For most languages, we have experienced translators who can read even the grizzliest handwriting. We also have a thorough understanding of the compliance processes of the Department of Foreign Affairs and Trade.

Outcome: The documents reached the client within two days. The Apostilles were done equally quickly, and within only five days the client was able to courier his application to the Romanian authorities.

Problem: The client was going through a Migration Review Tribunal process, and required evidence of certain events in his home country of Nepal. Documents were unobtainable, but he had recorded phone calls and was able to provide the audio files of these recordings.

Solution: With our team of transcriptionists and translators, we were able to provide a NAATI translation of the audio files, fully admissible at the Migration Review Tribunal

Outcome: While the client’s proceedings have not been finalised yet, the court has confirmed that the translation of the voice recordings that we provided are compliant with the rules of evidence and procedure.

Translation of a driver’s licence to rent a car

Problem: The client called us from a camper van rental office in Alice Springs. He had just arrived from Switzerland and was ready to embark on his trip through the Australian outback. However, he was unable to get access to his camper van without a NAATI translation of his driver’s licence.

Solution: We offer a range of rush services, and can return translations within the hour if required. We emailed the certified translation to the rental car provider exactly 76 minutes after Dieter’s call.

Outcome: Our rush service saved Dieter’s day. Shortly after noon, he happily drove off in his camper van, ready to discover Australia.

Translation of a coroner’s report and death certificate

Problem: The client’s mother had unexpectedly died while visiting her home country of Bosnia. Australian authorities stopped the repatriation until evidence of the cause of death could be provided.

Solution: Time was of the essence here. With the casket waiting at the airport, we only had an hour to get these documents translated. Three translators got active immediately.

Outcome: We delivered the translation on time, and faxed them to the authorities at the same time. Emir was very relieved that the casket could continue its journey back to Australia without any delays. 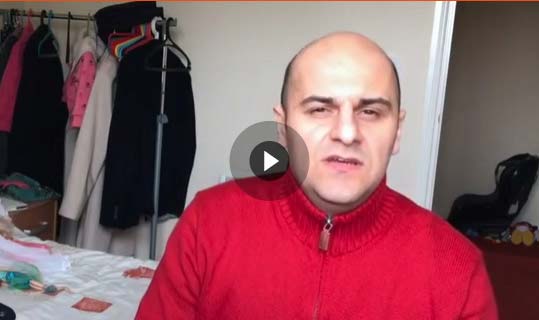 Kussum K.
They are highly professional people and replied you in five minutes as soon as you sent an Email for anything. No matter whether it is day or night time, weekdays or weekend. My experience with them was amazing.

Estienne E.
My experience with the Migration Translators was flawless. I speak both Spanish and English fluently and the translation was very accurate and read very professional. I needed a Naati Stamp and this is why I used their service.I contacted their office via Email on a Saturday, received a quote on ...

Gina N.
The Migration Translators provided an excellent service. It was so easy, I just took a photo of the document I needed translating and emailed it to them. Within just a few days I had an electronic copy of the completed translated document. I will definitely be using their service again ...
prev next

Example of documents created by professionals with NAATI translator accreditation