All You Need to Know About Translation

Home: General: All You Need to Know About Translation

All You Need to Know About Translation 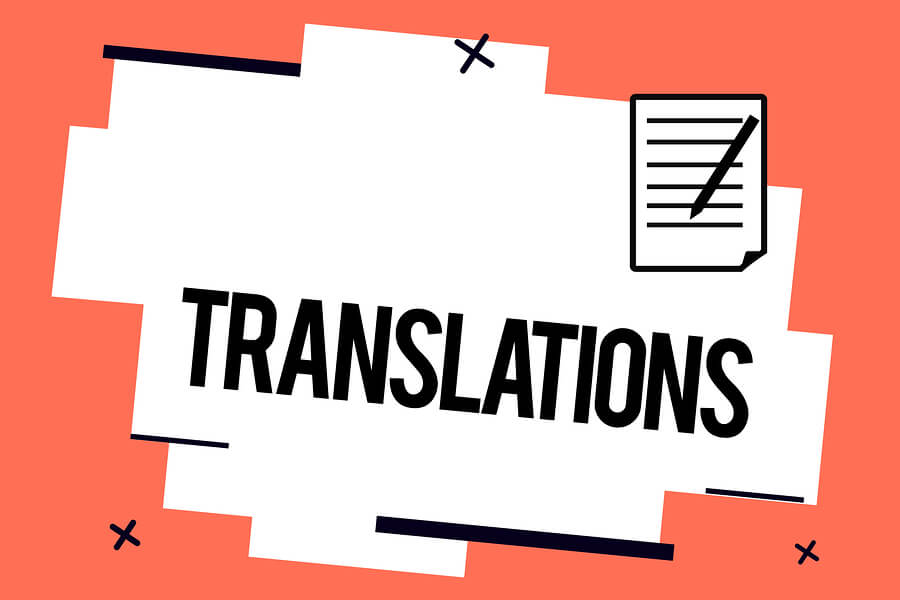 Why is translation important?

Translation is the conversion of written or printed text from one language into another. It is similar to, but distinctively different from, interpreting and not as old. Interpreting is the conversion of the spoken language rather than the written one. The importance of translation today in the twenty-first century cannot be under-emphasised. The world has grown smaller as nations and their citizens are now communicating far more than they have ever done before with other people around the world who may not speak their language.

What year was translation invented?

No-one will ever know exactly when translation began, but it must have been many thousands of years after the first interpreting. Translation is all about the translating of text and the conversion of text from one language into another. The question about when translation arose presupposes knowing when the first written texts were used. The first forms of writing were thought to have been created by various agriculturally based societies ten to twelve thousand years ago. This doesn’t mean that there was any need for translators at this point as this would depend on the existence of at least two or more different forms of written text. It is definitely known that the Bible was translated into Latin from the Hebrew and Greek in the fifth century, so perhaps this was when translation got a kick start.

Who was the first translator?

No-one will ever know who the first translator was, but some say that St. Jerome back in 405 B.C. may have been the first well-documented translator, as he translated the Bible from the Hebrew and Greek into Latin then. This doesn’t discount earlier translators, but as already mentioned it presupposes the existence of at least two written languages.

Why do we need a translation?

Translation is necessary because, despite the global use of certain languages, particularly English, the fact is that most people around the world are more conversant in their own native language than one single international language. Many people are now multilingual, but that doesn’t mean that their knowledge of saying English, Spanish, French or Chinese is good enough to communicate everything they want to say.

Documents and other written forms of text must be converted from one language, the source language, into at least one other, the target language. A very simple example of the need for translation is the manual that accompanies so many different household appliances these days. Typically, many of these are now manufactured in China but sold all around the world. The Chinese instructions must be translated into dozens of major world languages for these appliances to be used correctly.

What is the written translation?

All translation involves written (or printed) text rather than the conversion of oral language. This allows translators to work independently of the presence of the person or people who want the translation completed and the person or people who are to read it. Interpreters, on the other hand, need to be present, or at least in hearing range through electronic means, of the people they are interpreting for. Translation involves a different set of skills than interpreting because it involves written words rather than spoken ones.

How do I translate a language?

You can get a document translated in several different ways. The most foolproof way, but the most expensive, is to ask a professional translator to do the translating for you. Usually, this can be done very quickly, although the translation of a website or book may be a lengthy business. You could also use a friend who was bilingual or uses an online translation tool, for example, Google Translate. It all depends on the accuracy that you need for your translation. If you need accuracy, you will need to spend some money and get your text translated professionally.

What is a free translation?

A free translation is usually the term that refers to a translation done that generally conforms to the message that needs to be translated but may not be an exact translation. Free translation in this context may be provided by a non-professional but is not necessarily free of charge.

What do you understand by the term ‘translator?’

A translator is most commonly a human who understands two or more languages fluently and works professionally either as a freelancer or in a translation agency or for a government department or a business. There is increasing use of so-called internet translators or online translation tools as well as electronic devices that can translate words and many phrases fairly well. These are becoming more accurate as the technology improves. They are also very fast and handy and in the case of online tools, free. However, they are still only of use for personal or non-essential purposes. For example, if you intend applying for a visa for a country where the official language is different from your own, you will probably have to have any personal documents translated by a professional translator. If you decide to visit that country as a tourist and want to know what signs say in your language, then the internet or online translator is good enough.

What are translation services in libraries?

What happens during a translation?

A professional translator is first assigned to the text that needs translating. This means assigning a translator who has fluency in the required languages as well as proficiency in the type of translation. For example, some translators specialise in legal translation, or marketing translation etc. Depending on the instructions given, the translator may confer with the client as to specific details of the text to be translated. The translation is completed and then given to a proofreader to check for accuracy and errors. Most translations these days tend to be submitted online and returned as translated versions by email as well.

What are the three stages of translation?

There may be three or four stages in language translation, depending on the complexity of the task. The first stage is the raw translation stage. This may be through a translation tool or done by the individual translator. Many professional translators these days use a variety of computer aids to speed up the translation. The second stage is editing. The raw translation needs to be thoroughly checked for accuracy. The more technical the text, the more important this stage becomes. The final stage is proofreading, which is mostly checking for typos, spacing errors and spelling mistakes.