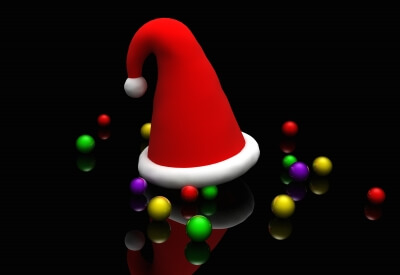 Christmas is one of the busiest times of year for Australia Post and it is closely followed by other major festivals where people exchange gifts.  Even outside of these times, the Australian postal service is kept busy with gifts being sent for a variety of reasons such as birthdays and weddings.

Australia has a very straightforward system for processing mail items sent to its shores.  There is no distinction made between gifts or items sent for other purposes.  If the declared (or assessed) value is over AUD1000, the items are subject to taxation and if it is less than AUD1000 they are not, unless they are alcohol or tobacco products in which case they are subject to import duty regardless of value.

The other key point to understand is that Australia has very strict (and very strictly enforced) rules on what may and may not be imported.  Some items are banned from import completely whereas others have restricted import.  For many people sending gifts to Australia (or sending goods from home as a precursor to immigration), the most important restrictions relate to food and plant and animal materials.  An exact list of prohibited products can be obtained from the Australian authorities, but as a rule of thumb commercially produced food products are likely to be acceptable, while home-made food is not.  Plant and animal products are likely to be seized (if sent) under all circumstances.

Australia allows most items to be exported (although other countries may have their own rules regarding what may be imported into their territory) but it is forbidden to export anything of significant value to Australia’s cultural or natural heritage unless a permit is arranged.

People who watch daytime TV will be well aware that there are regular attempts made to circumvent these rules and will also be well aware that getting caught attempting to do so can lead to serious trouble.  Honesty really is the best policy, particularly with regard to filling in customs declarations accurately.

In addition to overseeing the sending and receiving of gifts, the Australian customs authorities, also monitor shipments of personal items and household goods sent and received as part of the immigration process.  Essentially they are looking for any items which could pose a threat to Australia’s security or economy, in particularly any plant or animal items (including soil) or home-made food.  The keys to ensuring a successful household move to Australia are to ensure that all items are completely clean (including the packaging) and to make absolutely certain that they are correctly and accurately documented.

It may be worthwhile asking for assistance with moving personal items as part of the immigration translation process.  One of our NAATI translators can help to prepare the appropriate documentation to ensure that your move is as smooth as possible.