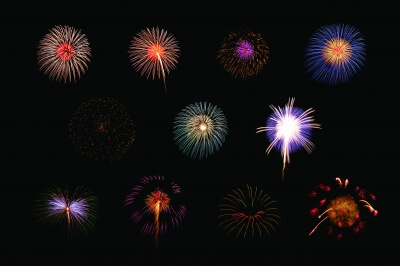 Although in many countries (including Australia) New Year officially begins on January 1st, in many countries people celebrate the spiritual New Year at many different times.  One of the common factors in these celebrations is cleaning out the past and preparing for the new.

The Jewish New Year “Rosh Hashanah” takes place in early Autumn (usually in the month of September) and contains the custom of “ Tashlikh” or “casting off” the mistakes of the past year.  Thankfully none of our skilled Migration Translators will be casting off any of the NAATI Translations they’ve made in the past year.  Leaving aside the fact that they’re all highly-skilled professionals, all our translations are checked and double-check to avoid embarrassing mistakes.

The Chinese New Year is known as the “Spring Festival” even though it takes place in late Winter.  InChina, on New Year’s Eve, it is customary for families to gather for a celebration meal and the importance of the festival means that people will go to strenuous efforts to be with their loved ones, even if it means travelling long distances.  With so many Chinese people now living inAustralia, it’s a particularly busy time of year for people travelling between the two countries.

The Hindu New Year begins in late Autumn with Diwali – the Festival of Light.  InIndiathis is a time when the whole country is lit up with lamps and fireworks, symbolizing the triumph of good over evil and the festival is celebrated in many countries where there is a significant population of Indian immigrants.  This includes many of the large cities inAustralia, especially Sydney and Melbourne where Hindus are joined by Australians of other faiths, as well as tourists, for a 5-day extravaganza of fireworks and festivities, including Bollywood dancing.

In Ethiopia, New Year is called  Enkutatash and begins in September, after the rains have finished and the earth is at its most lush.  Children hand out bunches of flowers and everyone celebrates the beneficial effects of the vital rain.  Although there are relatively few Ethiopians inAustralia, many people have similar feelings about the arrival of Spring and enjoy looking at the growth of new flowers.

Australia’s own New Year’s celebration is on the night of 31st December and 1st January.  Although it is celebrated throughout the country, undoubtedly the most famous party is held inSydney, where theHarbourBridge is spectacularly lit up by a massive display of fireworks.  Every year, the city aims to make the event bigger and better than the year before – and so far they appear to have succeeded.  AsAustralia is one of the first countries to see in any new year, the fireworks are often seen by people around the world as a precursor to their own parties.  Some of these people may start thinking about emigrating toAustralia in the coming year.