Some Facts About The English and German Languages

Home: General: Some Facts About The English and German Languages

Some Facts About The English and German Languages 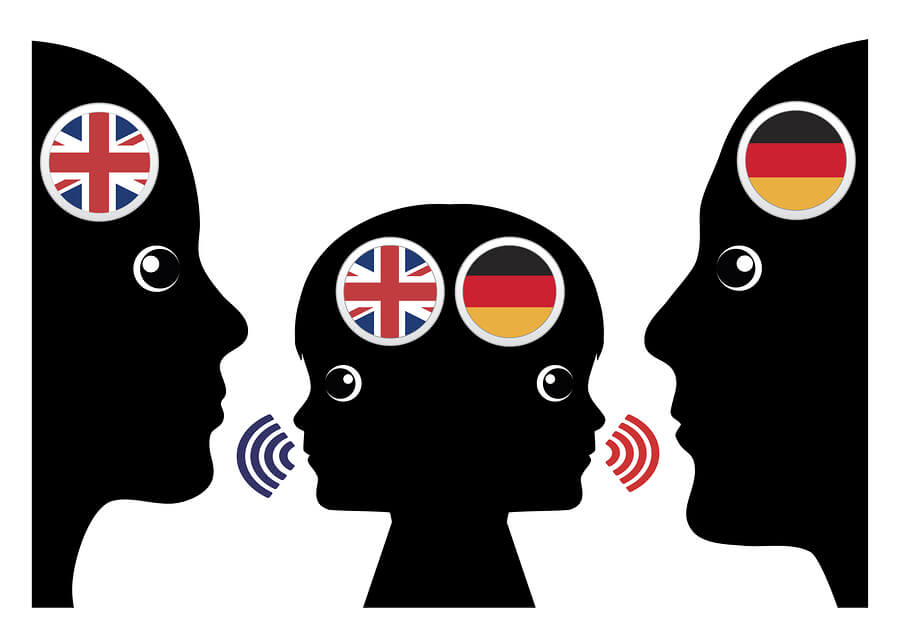 Both English and German are languages of West Germanic origin. Both languages are also from the broader language family referred to as Indo-European. This doesn’t make them completely the same, but German does have 60 percent similarities lexically with English.

How many speakers of German and English are there?

Recent statistics indicate that English is ranked 3rd in the world’s spoken languages. Almost 380 million individuals speak English as their first language spread across 137 countries. But about the German language, it isn’t as widespread as English and has a ranking of 17 amongst the world’s spoken languages. Approximately 76 million individuals spread throughout 28 countries that speak German as a 1st language. If both bilingual and native speakers of the two languages are compared, around 1,132,366,700 can speak English while 132,176,500 can speak German.

The countries where the German language is spoken

One key thing about the German language is it is Germany’s official language but it is spoken also in other countries. It is particularly important as a spoken language in parts of Belgium, Austria, Liechtenstein Switzerland and the South Tyrol of Italy. It is also one of Luxembourg’s 3 official languages and is a joint official language in Opole Voivodeship in Poland. English isn’t forgotten in German-speaking countries as it is often heard in the German media and pop culture in German-speaking countries. German language and its people even influenced the culture of many countries like Australia. Overall because there are some notable similarities between German and English it isn’t too difficult for many English speakers to grasp German conversation and vice versa.

Differences do exist between English and German

Despite the fact that the two languages may originate from the same origin, Germans do have some difficulties learning English. The most important reason is the organisation of the alphabet. The German alphabet has the same number of letters as the English alphabet but it does have what is called umlauted characters, like ü, ö and ä. It also possesses the scharfes S or double S which is ß. Germans who try to learn English to begin with often make mistakes with R or E as they tend to write them as A and I.

Phonology in English and German

English and German sounds are nearly the same but in the German language the sounding of the isn’t present, so it is hard for Germans learning English to speak words that begin with that particular sound. Those who speak English pronounce the letters v and w. Germans pronounce words beginning within the sound of v so the word “wine” comes out as “vine” and the word ”we” comes out as ”ve.”

In the case of verb tense use, in German, there is no continuous verb tense. It elects to make use of the present simple while the future tense is used in English. Also the present perfect may be used instead of past tense. German tenses tend to be simpler such as with the verb to go in German there are just two tenses which are the past and present. In English there are a number of tenses for ”to go’, such as the following:

English is typically uninflected, while German is considered to be inflected, so some sections of German speech can alter depending on function.

Word order in English and German

German and English word order isn’t the same, which makes learning German conversation more difficult. English possesses what is referred to as an S-O-V order for words while German, has a 3-word order. In an independent clause, the most important verb should come second, so the subject and verb need to be in reverse. In the independent clause, last is the past participle. With a dependent clause, the key verb should be positioned last in the sentence. German and English do have in common some cognates, like the drink is trinken, the house is haus and winter is winter. Some cognates, however, do not share the same meaning.

It is not as easy to learn German conversation as one might think and this also is the case with translating. Because some of the grammar rules are not the same, this presents some translating challenges. For example, in English, I’m reading a newspaper it may seem as though it should be translated word to word but in actual fact, the right translation should be ”Ich lese eine Zeitung” because the progressive tense doesn’t exist in German.