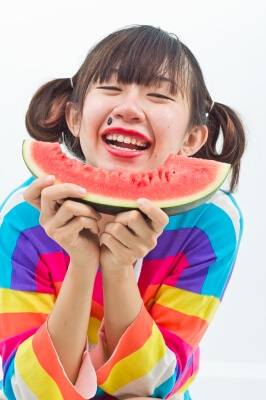 Every nation has its own unique cuisine.  Some become famous for it and even export it around the globe.  Even though global migration has meant that most major cities have eating places reflecting the cuisine of countries which may be geographically far away, there are often local delicacies which may be unknown to outsiders.  Here are a few from Australia.

Witchetty grubs – they may look like maggots but they are a nutty-tasting snack which has been enjoyed for centuries.

The Lamington is often known as the “National Cake of Australia.”  Unfortunately it is not often found outside the country but there are plenty of recipes on the internet for keen bakers who want to try their hand at it.
Tim Tams – more biscuits, this time with chocolate.  Like the ANZAC biscuits, these are steadily making their way around the world, one delicious mouthful at a time.
Vegemite – the ultimate Australian food.  Like its British cousin Marmite, you either love it or you hate it.

Those looking to open a restaurant in Australia will find Australians open to trying other national cuisines.  It’s best to have a qualified and experienced NAATI translator help with immigration translations, as this will help the visa process go as quickly and smoothly as possible.