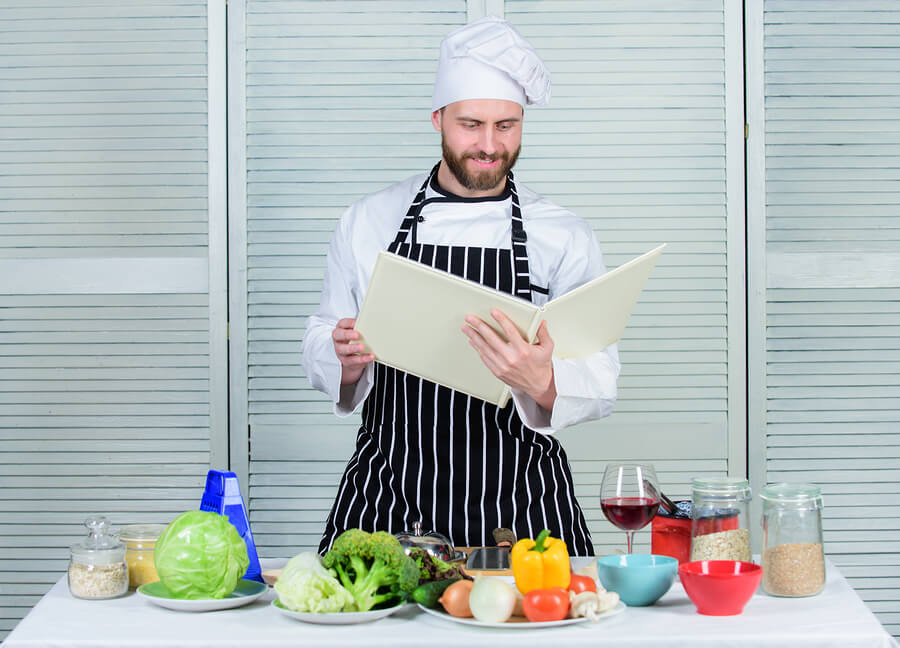 Translating cookbooks and food preparation techniques is almost as much fun as preparing the dishes and eating them is! However, like all translation fields, it comes with its own unique challenges. Some of these are explored below.

Ounces or Grams? How to Measure Ingredients

Most of the world may have adopted the metric system, but that doesn’t necessarily mean everywhere and the world of the kitchen can be remarkably different when it comes to measuring things. Most recipes and cookbooks will use grams and kilograms and litres, but then there are spoonfuls (what size of a spoon) cups, ‘smidgeons,’ ‘thimblefuls’ and many other non-conventional ways of dishing out the stuff that goes into making the food we eat. What does the food translator do when he/she knows that the book they are translating will be marketed somewhere where the measurements are different?

If you stick to the same measurements and units that the original cook or recipe used, then you risk the book being sidelined by buyers because the conversions are put in the too hard basket. Some translators use a glossary or conversion table so that American users of a translated food recipe book can refer to the units they are used to when confronted by grams and decilitres. That might not work either, because it can be a struggle keep turning the pages to the back to use a conversion table and you might need a calculator to do the conversion. Better to do the conversions within the translated text as long as it is known who the translation is intended for. This might be a good idea for unusual measurements like ‘spoonfuls’ and ‘half a cup’ too, as long as the conversion can be done accurately so the recipe is not changed substantially.

One problem that more exotic cookbooks and food recipe books encounter is that some or many of the ingredients in the original recipe may not be found in the country for which the translation is intended. The situation is changing, especially because many affluent countries these days have significant ethnic minorities, whose food cultures are a lot more diverse than the mainstream population. They often open specialised supermarkets selling all sorts of food items which feature in the very recipes that translators are scratching their heads to know what to do with. The main disadvantage is that these sources of more unusual food are usually only found in major urban centres and can be a lot more expensive than possible alternatives.

One way around dealing with hard to find ingredients is to use substitutes in translated recipes, but this is probably not a good idea. Better to give the original list of ingredients with suggested equivalent alternatives as well. This is where a glossary and substitution list at the back of the translated book can really be of help without being a total chore to read like a conversion table as has been already mentioned.

This might not be strictly a translator’s job, but it can actually be a lot of fun trying out substitutes to include in more exotic recipes where there might be difficulty in finding the real deal!

One of the fun elements of cooking is learning about new ways of cooking. From barbecuing to steaming, frying in a wok, to roasting on a spit and slow cooking in an earth oven there are plenty of methods that might make the typical suburban cook in a western country scratch their head. Should the translator take time off to explain how these methods work or just do a simple translation and let the readers do some experimentation of their own? It’s a bit like the challenge of finding the right ingredients. Using substitutes may alter the original flavour and appearance of the recipes that have been translated, so giving the original list and mentioning possible substitutes is perhaps the best way to go about it. Using a wok to cook stir fry noodles is not a lot different from using a large frying pan, so using a frying pan can be mentioned as a substitute as well as providing an explanation of the advantages of using a wok. For anyone who is into East Asian food recipes, the purchase of a wok might not be a bad idea anyway.

It’s a little different for other cooking techniques to find an easy alternative. Roasting a pig on a spit might be an interesting exercise for a club BBQ get together, but most people would prefer to have the cooking technique converted to barbecued strips of pork instead!

Then there are techniques like earth ovens. Traditionally, right across the Pacific from one island group to another, a cheap and easy way of cooking a lot of food for a social gathering was to dig a large pit, light a fire in it, cover it with large stones from the beach or a river bed and place the food carefully wrapped in coconut or taro leaves, then cover the whole lot up and let it cook slowly in the ground. It’s called a ‘lovo’ in Fiji and an ‘umu’ in Tahiti. Try that in the typical suburban kitchen!