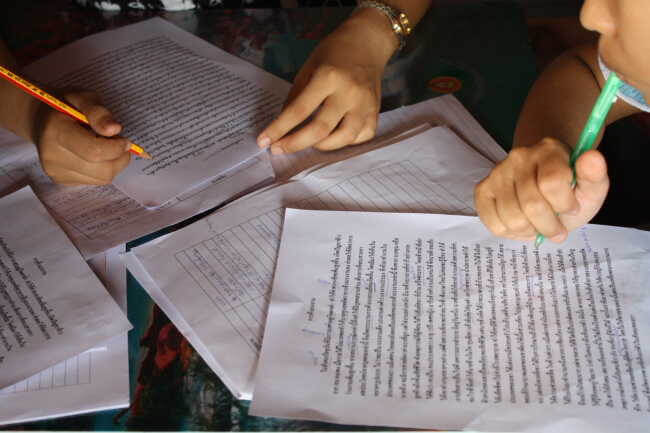 Many refugees from a number of diverse communities have in recent years been able to gain permanent residence in countries like Australia and the U.S. Most of these migrant refugees do not speak English as a first language. In fact they may not speak any English at all. However, luckily for them, perhaps, when someone is accepted as a refugee it’s not their language that is taken into consideration, but their political and economic status from the country they originate from. This can be quite a challenge for document translation services when they are asked to translate official documents like birth and marriage certificates into English or German whatever the country happens to be. For many refugees, this can be a long and protracted affair as they may have had to flee their original homeland without much documentation at all.

The U.S. is an example of a country that has always welcomed people from other countries whether as a refugee or for business or work related reasons. However, in recent years, the diversity of languages of the people accepted into the country has changed dramatically. Cities like Amarillo have for decades worked well with the use of English and Spanish, especially in important institutions like the courthouse. The city hasn’t sat on the fence over the matter but now has documents translated into Burmese, Arabic and Vietnamese to ease any problems with communication. This means they must have used certified translation services that have translators proficient in both English and the other languages. The level of translation required is no doubt at least as good as a NAATI translation service in Australia where refugees are being invited to live in the country from similar countries as America.

In recent years, Texas has had refugee resettlement clearly on its agenda as it has become one of the most popular states for refugees specializing in people from Myanmar, sub Saharan Africa and Iraq. 7,200 in the past year who have come from an astonishing 24 countries have now settled down in Texas. Houston took 2,000 and large numbers also ended up in Fort Worth, Dallas, San Antonio and Austin. Amarillo in the last 4 years has accepted almost 500 refugees. Such a large number and from so many different language groups provides quite a challenge for professional translation services as they have to be able to find translators fluent and proficient in a whole new set of languages from a range of newly diverse communities.