Is Tamil a National Language in Australia?

Home: General: Is Tamil a National Language in Australia?

Is Tamil a National Language in Australia? 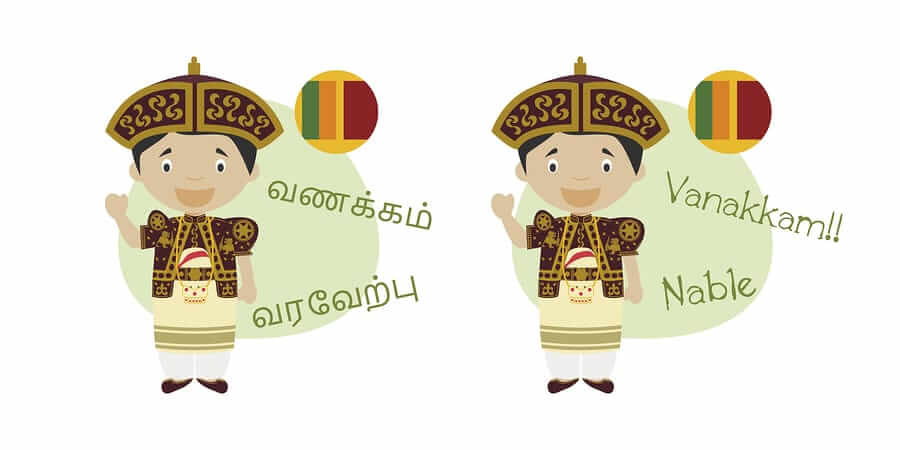 Misconceptions about Tamil in Australia as a National Language

Not so long ago there was a misconception in Australia that Tamil was one of the national languages of Australia. Most people who know much about Australia will know that the country has no national language as such, but English has since the time of European settlement been adopted as the de facto national language. Over the decades since English settlement began the English spoken has evolved somewhat so that Australian English varies a little particularly its accent and some distinct idioms, even though it’s still easily understood by anyone who is a native English speaker. This doesn’t mean English is the only language spoken in Australia. Far from it, as well as a host of Aboriginal languages, there are many other languages spoken by immigrants who have entered the country permanently over the last one hundred years or more.

The Languages Spoken in Australia Today

Australia has no official language. Apart from English, which according to the last official census in Australia in 2016, 73% of the population speak as their main language. The second most spoken language in Australia is Mandarin, followed by Arabic, Cantonese, Vietnamese, Italian, and Tamil. On top of the migrant languages, the indigenous population is represented as well with 52,000 of them speaking one of the many indigenous languages in the home, according to the 2006 census.

The Tamil Language in Australia

At one point Hugh McDermott, who is the state member for Prospect, suggested that Tamil in Australia should be part of the school’s National Curriculum. This statement was misconstrued to mean it should be the national language of Australia as well. There is no doubt that there are several thousand Tamil speakers spread across the country, but as there is no national language in Australia, Tamil would never take on this status. The number of Tamil speakers in Australia is:

Where does the Tamil Language come from?

Bhadriraju Krishnamurti, a renowned linguist, believes Tamil descended from the Proto-Dravidian language, which was spoken around the 3rd century BC, possibly in peninsular India in the lower Godavari River. The next stage in Tamil history is Proto-South-Dravidian which was evidently spoken in the middle part of the 2nd century BC, while proto-Tamil made its debut in the 3rd century BC.

When compared to other Indian languages Tamil has the oldest Indian literature that is non-Sanskritic. Scholars categorize its language history into 3 distinct periods:

The first is Old Tamil from 300 BC to AD 700, Middle Tamil from the 7th–16th century, and Modern Tamil from 1600 to the present day. Interestingly, in November 2007, an excavation that was carried out at Quseir-al-Qadim discovered Egyptian pottery that dated back to the 1st century BC which was sprinkled with old Tamil Brahmi inscriptions. It has also been discovered in Tamil language history that it was the language used by India’s earliest maritime traders.

Geographic Distribution of Tamil in India

Tamil is the main language spoken in Tamil Nadu in India and in the Northern and Eastern Province of Sri Lanka. Tamil can also be found spoken in smaller numbers in other Indian states such as Karnataka, Kerala, Andhra Pradesh, and Maharashtra. Up to the 12th century Tamil, or a dialect of it, was the common language spoken in Kerala in both literatures and for administration purposes. Also, Tamil was used often in inscriptions in Chittoor and Nellore in Andhra Pradesh in the southern parts, up to the twelfth century AD. It was also used for the purpose of writing between the tenth and fourteenth centuries in such places as Mysore, Kolar, Bangalore, and Mandya in the south Karnataka district.

Most of the populations who speak Tamil outside of India live in Mauritius, Singapore, Malaysia, the Philippines, Indonesia, South Africa, Thailand, Vietnam, and Burma. A significant group of Pakistani Tamil speakers resides in the city of Karachi in Pakistan, which includes Hindus who are Tamil speakers and Muslims, and Christians. There are also groups of Tamils who live in Guyana, Trinidad, Tobago, Fiji, Réunion, and Suriname. It is spoken in Canada by migrants from both India and Sri Lanka and India. In the United States, particularly New York and the state of New Jersey Tamil speakers can be found.

Conclusion- How many Countries have Tamil as an Official Language?

Tamil is found as an official language in Singapore, India, and Sri Lanka. It has been assigned official status in the state of Tamil Nadu in India and Puducherry, an Indian Union Territory. It’s a language used with English, Mandarin, and Malay in the education sector in Malaysia. However, it’s a misconception that it is the national language of Australia. However, there are Tamil speakers living in Australia who may need to use English to Tamil translation online from time to time.