Merry Christmas Can be Translated into Many Other Languages

Home: Migration Translators: Merry Christmas Can be Translated into Many Other Languages

Merry Christmas Can be Translated into Many Other Languages 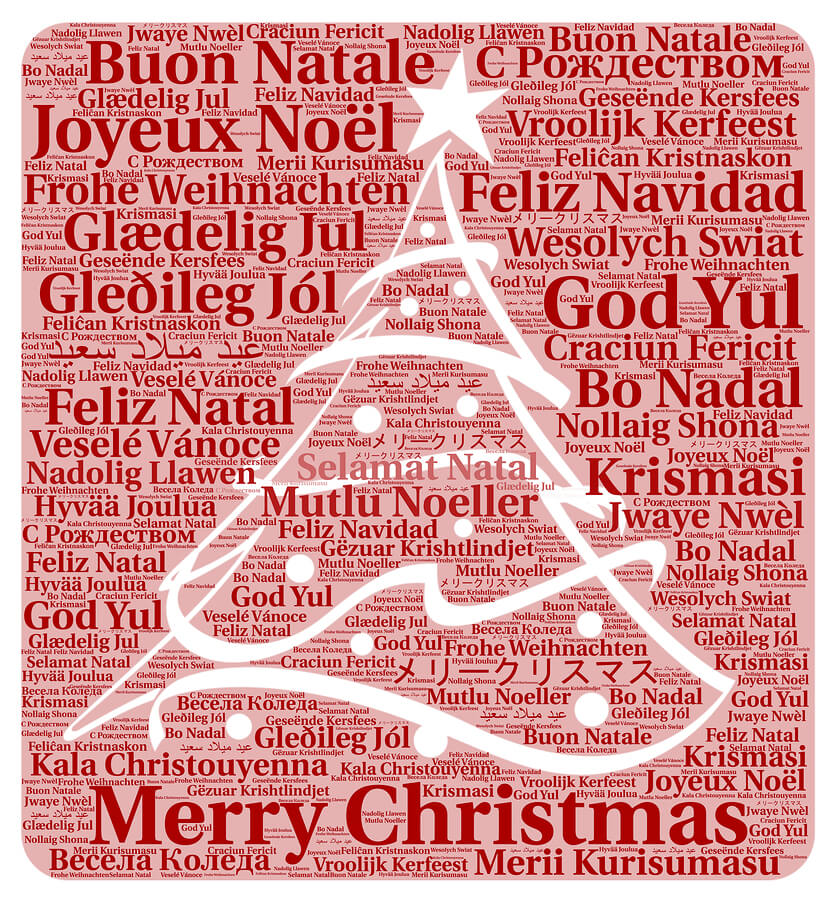 Many countries these days celebrate Christmas in one way or another, even if it is allowing Christians to have a holiday to commemorate this historic occasion. Many countries that are dominated by Islam often have Christians present as well and don’t deny them the right to celebrate in any way they may think fit.

As a result of this widespread recognition of Christmas there are translations into many languages of traditional Christmas greetings, such as “Merry Christmas”. The Chinese have two different translations for Merry Christmas which are???? in Traditional Chinese and ???? in Simplified Chinese. Some people prefer to have a less religious connotation in their greetings and for the phrases “Happy Holidays” or “Season’s Greetings” ????? is used in Traditional Chinese language, while????? is Simplified Chinese.

Merry Christmas in Danish is Glædelig jul, so if you have some Danish associates or friends there could be nothing better than sending them a greeting in their own language for a change. Don’t forget though that if you were thinking of using Skype to send the message orally you had better learn the pronunciation first otherwise you may not be given such a good impression as you originally thought!

You could get away with using English when offering season’s greetings to your Dutch friends as they have such a good understanding of English anyway and are proud of their great ability in that language, but Merry Christmas Dutch style is Gelukkig Kerstfeest so give them a surprise this year and write it on your e-greeting card. You will bring a smile to their faces at least. Happy holidays or Season’s greetings is Beste Wensen in Dutch if this is your preference. If you are not sure on the pronunciation try immigration translation services in your local town who may have someone to help you with pronunciation.

You may surprise a Finn if you use the Finnish translation of Merry Christmas for your many Finnish associates and friends, as they certainly think that they are the only ones that know their language and they think they are excellent at English too. Merry Christmas in Finnish is Hauskaa joulua. Don’t get the translation wrong if you speak the greeting down your cell phone but check with an English Finnish NAATI translator first who will coach you in how to speak the phrase correctly.

You may have gathered a French following in the past year and want to send Christmas greetings in their own language. Merry Christmas in French is Joyeux Noël or for more general Season’s Greetings Meilleurs vœux. Quite difficult to pronounce if you are not a French native speaker, but you could always ask for pronunciation help from translation services in Brisbane who will always have a native French speaker on hand to assist you.