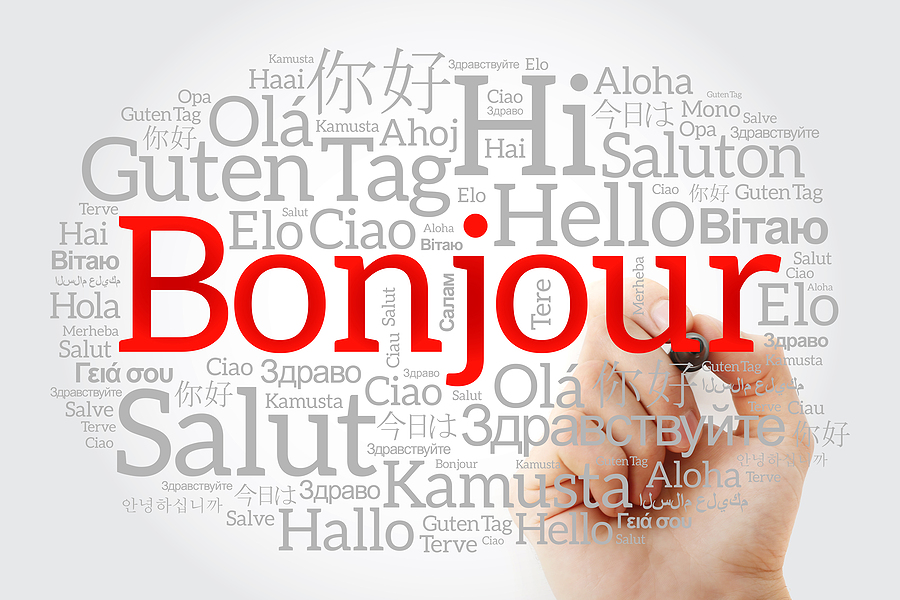 French is a truly international language. At one time its importance rivaled that of English, but as time has worn on, its status has declined to a certain extent, although it is still spoken as a first or second language right around the world.

The reason for the wide geographical use of French, like English and to a lesser extent Spanish and Portuguese, is that France was an important colonial power. France colonized parts of North America, North and West Africa, the Caribbean, South East Asia, and the Pacific. French colonists who occupied many of these colonies eventually went back to France or their influence waned as the colonies one by one got their independence. However, French often became an important official language or was relegated to second language status in many ex-French colonies.

In places like Canada, the French overseas territories in the Caribbean, and the Pacific which still have large numbers of native French-speaking inhabitants, French is the most important language spoken and used. In Europe, French is the official language of France, Belgium, Switzerland, Monaco, and Luxembourg and is spoken as a first or second language in other neighboring countries like Italy.

One of the challenges of being a French translator is to adapt the French that is translated to the dialect and peculiarities of the geographical community where the translation is destined for. The huge geographical spread of French usage and the accompanying evolutionary changes in vocabulary means that there is an incredibly large number of different French dialects.

Of course, the need to take note of dialect depends on the nature of the text to be translated. A translation of a scientific document into French generally would not need to acknowledge dialect as the scientific language used should be relatively uniform. The need to take into account dialects is most important for business and marketing translation.

Websites and marketing material designed to be used in the Francophone countries of West or North Africa (Cote d’Ivoire, Senegal, Guinea, Mali, Mauretania, Algeria, etc.) must be adapted for differences in dialect. These can be surprisingly non-uniform as in many ex-French colonies, there has been a growth in vocabulary and phrases which are often unique to a specific location or have been developed as a combination of French and a local language.

Even in Canada, where a whole province is Francophone, French Canadians have long developed their own unique words, phrases, and intonation. They have also had a long acquaintance with North American English, which has had a substantial effect on the evolution of Canadian French.

Who should you use to translate French?

If you are a business that has or is likely to have, much trade with a francophone community, you are likely to have the need for a French translator for your translation needs. The best advice is to search for a professional French translator who is based in the main target country you have business with. This way, if there is a need for localization, i.e. adapting the French to be translated to take account of a local dialect, colloquialisms, etc., then the French that is translated will sound a lot more natural to the intended market.