What’s the Difference Between Language and Dialect?

Home: Language Translation: What’s the Difference Between Language and Dialect?

What’s the Difference Between Language and Dialect? 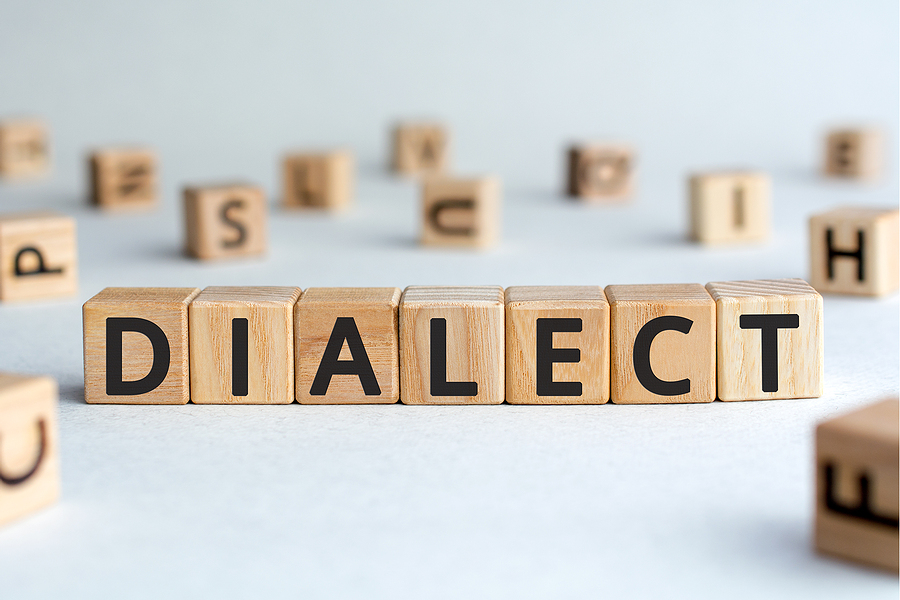 Once upon a time, people rarely traveled, or at least never traveled as much as they do today (speaking of pre-Covid times of course!) Communities were separated from other communities for much of the time and over long periods of time the way they spoke to each other, their language, changed slowly. The longer communities were separated from each other, the more their languages evolved into different dialects, and perhaps over longer periods of time, different languages.

What is a language?

People communicate using a common language, which is a specific vocabulary arranged in a structured grammatical sequence. Language can be verbal or converted to text. There are many thousands of different languages used around the world. Some are spoken by hundreds of millions of people as their main native language, and then there are other languages that are only spoken by very few people. Some languages are growing in importance while others are dying or retained with difficulty.

Languages don’t stay the same. They change gradually over long periods of time. A bit like the branches of a tree, different languages may be closely or more remotely related to other languages. Linguists (the experts who study languages) recognize broad families of languages like the Semitic languages or Germanic languages. The fact that some languages are related to others reflects the way people have migrated in the past. As a group of people moves away from one part of the planet to another place altogether, they take their language with them. Over time, the language changes, but may still be similar in many ways to the language of the people they left behind. A good example is the group of Germanic languages: German, Dutch, English, Swedish, Danish and Norwegian. These are distinctly different languages, but there are as many similarities between them as there are differences which reflects the way a common group of people migrated into northwestern Europe from the East many hundreds of years ago. It’s easy to recognize the similarities between Italian and Spanish or Portuguese, to use another example just as it is easy to recognize the huge differences between these Romance languages of Europe and the East Asiatic languages of China and Japan.

What is a dialect?

Dialects are variations of a single language spoken by people who have lived in different regions. Dialects can become so distinctively different that it can be hard to recognize that they are actually the same language. This is especially the case with the way the dialects are spoken. For example, a person brought up in Glasgow, Scotland may be hard to understand by an Australian from Sydney, but they still speak the same language, albeit in different languages. If the Glaswegian writes down what he or she is saying, it would be hardly any different from how the Sydneysider would write down the same thing that was spoken. In other words, the written form of a language tends to be much more uniform, while the colloquial or verbal variations of a language can be quite different although the speakers will still recognize that they are speaking the same language.

The differences between a language and a dialect

Generally, when a chunk of text is translated into another language, dialect tends to be disregarded unless there is a particular advantage in adapting the target language used to take into account a regional dialect. Commercial translation services, especially those used to translate marketing material, certainly do need to take into account different dialects as they are translating material that needs to be understood as widely as possible. This means that both language translation and dialect translation are needed.

When translation takes dialect use and colloquialisms into account, it is usually referred to as localization. Some translators specialize in localization. Translation services for things like manuals and medical journals or instructions are most likely to use the standard language without converting it into a specific dialect.

People use language to communicate and over the tens of thousands of years that humanity has lived on Earth, there have developed many hundreds of different languages. Some languages are very similar to others as they belong in the same family while may be totally different from other languages.