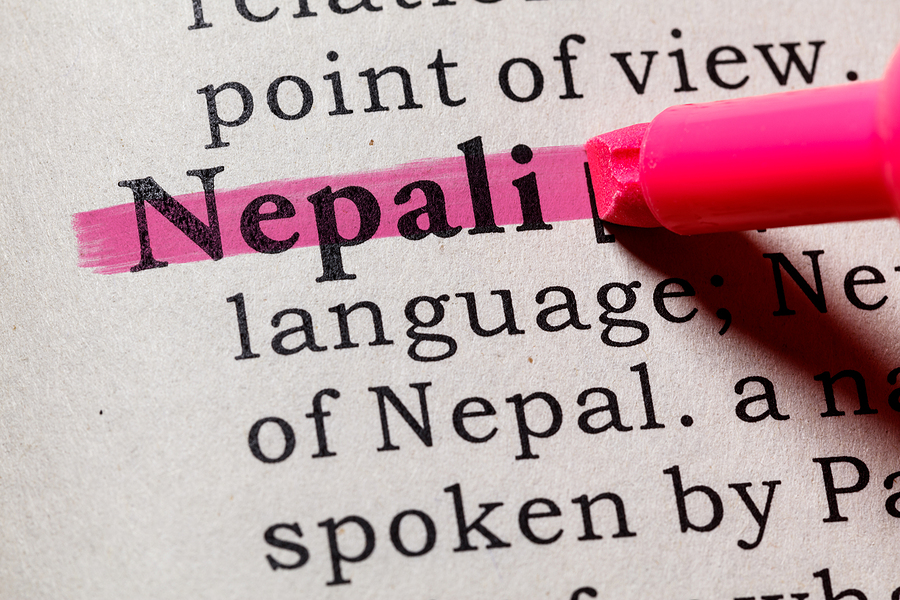 Nepal and its Languages

Nepal is a long, but narrow country that is sandwiched between the plains of northern India to the South and the Himalayas. To the East lie the Himalayan territories of Sikkim, effectively a part of India, and independent Bhutan. Nepali is the most common language spoken in modern Nepal but is not the only national language. In fact, there are more than 100 different languages and dialects spoken across Nepal as first languages. The two main language groups are the Indo-European languages used on the plains and hill country, like Nepali, and the very different Sino-Tibetan languages spoken in the mountains and remote valleys.

Why Does Your Business Need a Nepali Translation Service?

Regardless of the variety of languages spoken in Nepal, the official language of government, education, and commerce are Nepali. The Nepali language has a lot in common with Hindi so in many cases, Indian nationals find it easy to communicate with Nepali speakers. Nepali is also spoken to some extent in Sikkim and Bhutan. Because of the size of the population that can and do speak and use Nepali, it is important that when doing business in Nepal or when doing business with a Nepali firm, you use a professional Nepali translation service.

Interesting Facts About the Nepali Language

Nepali translators who speak Nepali as a native language are to be preferred in any Nepali language translation as they will understand the language and the culture of modern-day Nepal better than translators whose first language is not Nepali. Because Nepal is a melting pot of many languages, religions, and cultures, a Nepali translation service is not just important between Nepal and other countries but is of vital importance within the borders of Nepal itself. Nepal is in a strategic geopolitical location, sandwiched between India and China. Until Covid-19 arrived in the country, many tens of thousands of foreign tourists came to the country to enjoy the magnificence of the Himalayas, explore wildlife and the wonders of Hindi and Buddhist architecture. This made Nepali translation services important for what was a growing tourist industry.