It’s Time to Learn About Indian Art, Culture and the Hindi Language!

It’s Time to Learn About Indian Art, Culture and the Hindi Language! 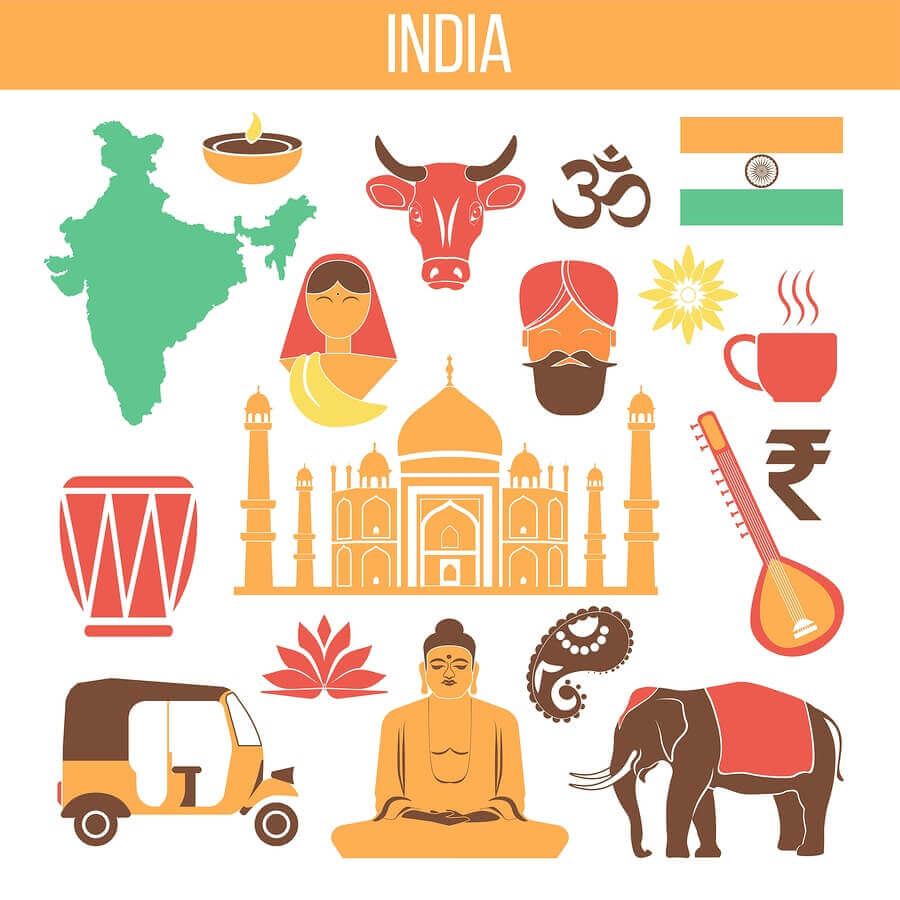 Namaste! With one of the largest populations on Earth, a billion strong, India is full of fascinating and often perplexing and contradictory facets. Indians have moved to every corner of the globe. They are truly global citizens, but most have a place in their hearts for their homeland and Indian art and culture.

India is full of superlatives: it is big geographically; its history spans the centuries; its literature, religions, languages, art, cuisine and culture are second to none in complexity and richness. It would take years of academic study to learn even a smidgeon of the history and cultural heritage of India, but as a casual visitor to the sub-continent, you cannot fail to be impressed by everything you come across. Although an attempt to master India’s main national lingua franca, Hindi, will mean you win friends and smiles wherever you go, you will find that many Indians will speak English, often as well as you!

You will find it easy to get into conversation in often the most unlikely places, like the platform of a railway station or a humble village restaurant. These present opportunities to learn about Indian society and culture at close hand.

Many Indians will have relatives overseas or will have spent time working, or studying abroad themselves. Wherever you travel in India, from the hot and humid South to the mountains of the Himalayas and the Ganges basin, you will everywhere be reminded of the history of Indian culture.

Hindi (मानक हिन्दी) is one of India’s two official languages, although there are literally dozens of regional languages across the sub-continent. Most Indians speak their own language or dialect and Hindi and many also speak English, India’s other official language, too.

There is no easy way to learn Hindi unless you are brought up in India or amongst one of the many international communities of Indians in the international diaspora. Linguistically, Hindi shares an affinity with other Indo-Aryan languages like Punjabi and Urdu and like these languages has its roots in Sanskrit. It is more remotely related to other Indo-European and Indo-Iranian languages like Farsi, Tajik, Pashto, even English.

Hindi has its own unique script, Devanagari, which you will see all over India. It looks nothing like Latin script, though! There is no easy way how to learn Hindi easily as it means learning the spoken language as well as the written one.

Development of science and technology in India

After independence, the development of science and technology in India was swiftly promoted by Jawaharlal Nehru. The first Indian Institute of Technology was established in 1951 in West Bengal. Technological development in India has since gone ahead in leaps and bounds. India accounts for 10% of Asia’s spending on research and development on science and technology, although it still lags behind the spending of developed countries.

There are now many advances in the latest technology in India, such as developments in nanotechnology. In 2017, it was reported that India was ranked third in the world in this field after the U.S. and China.

Although the most important religion in India is the Hindu religion, in fact there are many other religions scattered across the country. Each of these religions has its own unique and often colourful festivals. If you visit India, you will certainly want to experience at least one of them! Here are some of the major festivals of India.

Of all the important festivals in India, Diwali must be the best known. It’s also called tghe Festival of Light and celebrates the triumph of good over evil. In most parts of India and in many other countries where there are substantial numbers of Hindus. Diwali spans several days of festivities. You can tell when Diwali is about to happen because homes and businesses will be stocking up on all manner of lights and other decorations like flowers.

A list of Hindu festivals wouldn’t be complete without Holi. Like Diwali it is celebrated in slightly different ways across India because of the different ways the holy Hindu scripts, the Bhagavad Vita are interpreted. It is also called the Festival of Colours.

Ramadan is not a Hindu festival as such, but a Moslem period every year of abstinence. For a month, Indian Moslems and Moslems everywhere around the world abstain from food, drink, smoking and sex a. It is a time that Moslems remind themselves about patience and humility and their relationship with God. The end of Ramadan is marked by Eid Ul Fitr, the most important festival on the Moslem calendar.

With hundreds of years of recorded history, it stands to reason that there is a legacy of historical monuments of India scattered across the country. Some of these date back to the pre-Hindu and Buddhist era and others to the many different empires that have ruled the sub-continent through the ages, but most famous historical places in India relate to the predominant Hindu religion and culture.

Probably the holiest of India’s historical places is the city of Varanasi by the Ganges. It is known as India’s ‘oldest living city.’ Varanasi is principally a place of spiritualism and pilgrimage for devout Hindus and a visit to the city is a reminder of the huge importance and significance that India’s most important river is to its people.

The Taj Mahal is probably the single most well known historical monument of India, at least outside India. It is not a Hindu monument, but this magnificent palace was built in the Moghul era by Emperor Shah Jahan as a testament of his love for the Empress.

The Golden Temple in Amritsar in the Punjab, is a beautiful Sikh temple and a testament to the creed of hospitality of Indian Sikhs.

Few people have never tried Indian food. Indians from all over the country have taken their rich range of cuisine with them to delight the palates of hungry and discerning restaurant goers all over the world; India is best known for its huge range of spices, herbs, vegetables and fruits which have been used to give Indian food its distinctive flavour and texture;

Indian meals are traditionally based on rice, but this is usually replaced by chapattis and roti in the North where wheat is the most common grain.

Most Hindu and Buddhist disges tend to be vegetarian based, but lamb, goat, fish and chicken are used depending on what is locally available;

Main meals may be accompanied by tea (chai) or yoghurt based fruit drinks like lassi. Indian sweets and desserts are understandably famous and often very brightly coloured!

Hopefully, this brief introduction to one of the world’s great cultures is enough to whet your appetite. From Bollywood to Indian food, Hindu festivals to historical monuments, you can guarantee that a visit to India will be an exhaustingly absorbing experience! Even if you only remember to say “Namaste,” an attempt to learn India’s most important language, Hindi, will be richly rewarded as an insight to Indian art, culture and religion as well as the modern life of an emerging regional superpower, and don’t forget The Migration Translators offers fast, efficient, Hindi translations of any documents you need translating to or from India’s most important language.