Is it Worthwhile Learning Vietnamese?

Is it Worthwhile Learning Vietnamese? 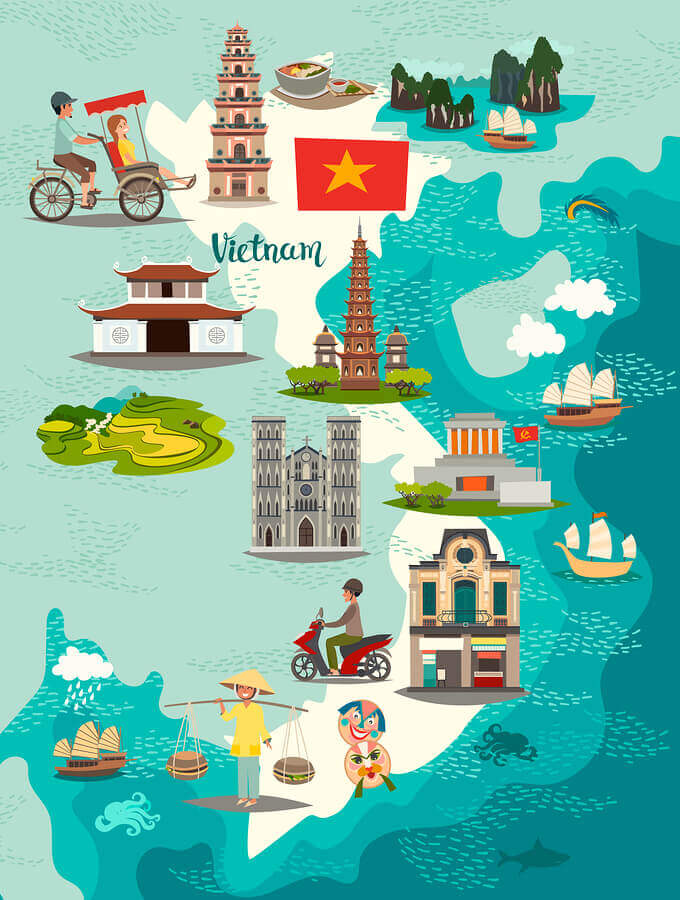 If your first language is English and you have been offered a job in Vietnam, for example, which involves working for an English speaking company, it’s still worth learning Vietnamese as it gives you more of a window onto Vietnam, which allows you to better integrate with Vietnamese people which may be good for your job. Many people go to Vietnam to teach English but this isn’t an excuse not to learn Vietnamese because it is itself a valuable tool for communication.

Is Vietnamese difficult to learn?

Learning Vietnamese can be a challenge because Vietnamese has six tones which make it hard for English speakers. This means even if the smallest mistake is made when speaking, the speaker won’t be understood. These sorts of hurdles have to be solved otherwise there are lost opportunities when overseas businesses invest in Vietnam’s business sector. The Vietnamese have to be more patient when listening to those who are struggling to learn the Vietnamese language while the new learner has to work harder at becoming more competent in Vietnamese. It’s certainly not an easy challenge but the rewards will come from the Vietnamese people who really appreciate people who try to learn their less than widespread language.

Inability to speak your host country’s language is your loss

Many English teachers In Vietnam spend most of their day speaking English because that’s what their role is. Even managers of English owned businesses in Vietnam address their staff in English. In some situations workers and temporary residents in Vietnam don’t necessarily need to speak or learn Vietnamese at all. As long as they don’t stray too far from the environment they feel comfortable in especially in relation to language. The question you have to ask yourself is it worth going to live and work in a country where you aren’t prepared to immerse yourself in the culture? You lose so much by not learning your host’s country language as language is the basis of culture and enables the speaker to learn more about the life of the people who speak it.

The Vietnamese involvement in you learning their language

There is no easy way to learn any language

For many, the Vietnamese language is actually quite easy to read, but the pronunciation is the stumbling block, stifling the language learner’s journey to competency. It’s not surprising because when finding out how many languages are spoken in Vietnam the answer is there are many local languages that have brought about the evolution of the Vietnamese language, resulting in a common language that’s widely spoken across the country which isn’t necessarily easy to learn.

There are teaching methods used to help the learner pronounce Vietnamese and if the stages are followed the route to competency will be shorter. With so many people from overseas wanting to move to Vietnam permanently it’s a crucial time for language schools in Vietnam to recruit these eager learners and devise a course that focuses on solving some of the difficulties they have with pronunciation and other aspects of Vietnamese so they can genuinely become a part of this ever popular destination.

When answering the question “is Vietnamese difficult to learn?” research has indicated that Vietnamese is a difficult language to learn and it’s not so much the vocabulary that creates the obstacle but the pronunciation and the wide variety of accents encountered in the country. Some people recommend learning the Hanoian accent because it is the most widespread across the country and at least the learner will be more likely to be understood.
The worst thing to do when living and working in Vietnam is to ditch learning the language altogether and just speak ones native language which would most likely only extend to a small group. The world is a multilingual and multicultural place and there is no room for people to ignore languages just because they are hard to learn. Once a learner becomes more fluent he or she will reap the benefits of being able to access a multicultural environment which is more comfortable and makes the wider community more accepting.