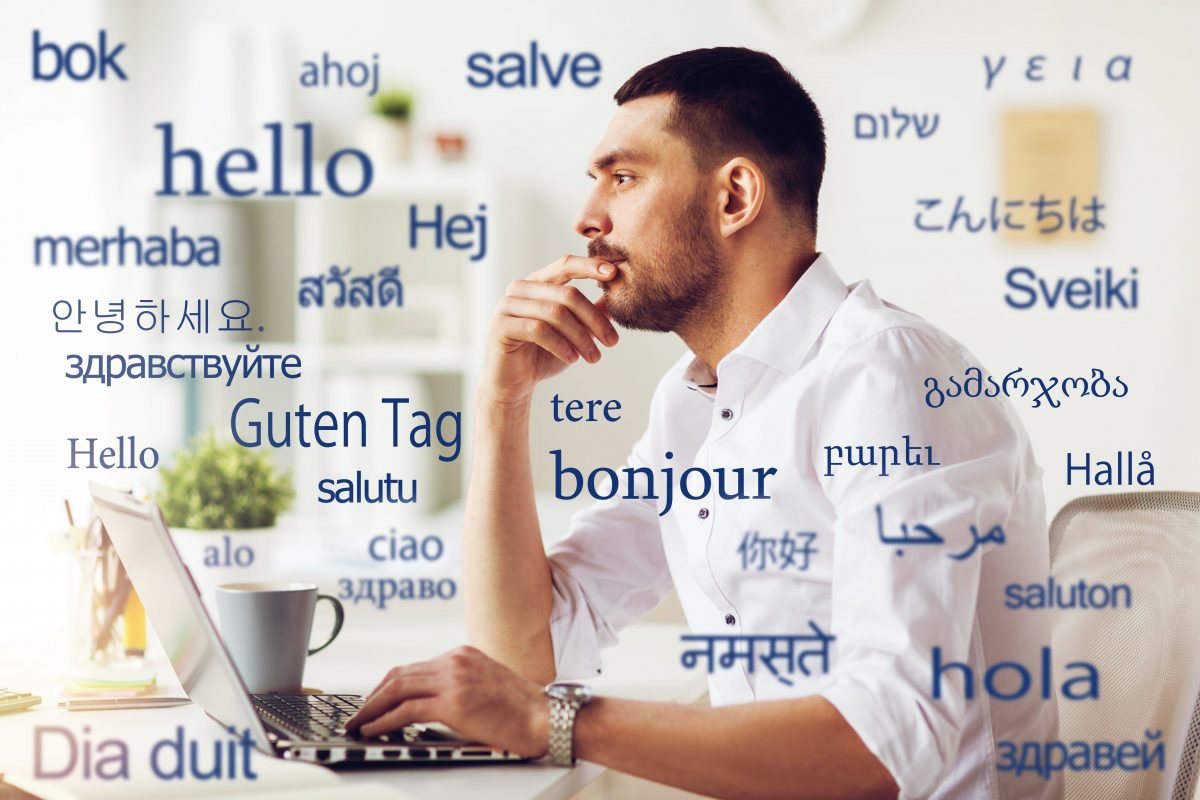 The Origin of Human Language

No-one knows for sure just how old human language is, i.e. the capacity of evolving humans to use a spoken language to communicate. It is presumed that it developed in stages, and not just all at once. Humans are basically a social, co-operative species of primate and language serves to increase the success of co-operation. As humans spread out of Africa (according to the most up to date theories about human evolution), the number of languages would have gradually changed and increased in overall number.

Geographic isolation is the main factor in language creation. The island with the most diverse languages is the island of New Guinea, which is divided into modern-day Papua New Guinea to the east and Irian Jaya, a contested part of Indonesia to the west. There are over 800 separate languages recorded in Papua New Guinea alone and probably a similar number in Irian Jaya. That’s nearly a quarter of the world total of 7,000 languages! The major reasons for this incredible number of languages are that historically, the human communities in New Guinea have been separated from each other by huge geographical barriers: jagged mountain ranges, impenetrable forests, volcanic islands surrounded by treacherous seas and vast, fast-flowing rivers.

The Most Spoken Languages

Most of the 7,000 languages currently spoken are spoken by only relatively small numbers of people, but on the other hand, some languages are spoken by huge numbers of people.  The most spoken language is Chinese, which has around a billion people who speak it as a native language. This is followed by Spanish, most of whose speakers live in Central and South America and the Caribbean. The third most commonly spoken language is English. Other languages with large numbers of speakers include Arabic, Hindi, Indonesian, French, Portuguese and Russian.

Some languages aren’t real languages at all, or at least they have been created by people at one time or another for a particular reason. Esperanto was created in the nineteenth century, hopefully, to be used as an international language that wasn’t tied too much to any individual country’s national language. In fact, it is much more like a Latin language and despite the fact that there are still people who speak it, it never caught on.

Perhaps much more useful are official sign languages. These are used by most countries to communicate with the deaf. In fact, in some countries, sign language might be the only other ‘official’ language apart from the main national language spoken by most.

Words that Sound Like the Sounds Of Nature – Onomatopoeia

Many words have been taken from sounds in nature. These may be totally inanimate like the sound of the wind or waves or trains chugging over the tracks. They may be sounds made by animals and birds. Strangely enough, onomatopoeia, which is the name for the origin of human language, is not entirely uniform. For example, the sound of the crow is ‘go-geh-go-go’ in Chinese, but ‘co-co-ro-co’ in Catalan, ‘kikeriki’ in German, and ‘cockle-doodle-doo’ in English! In Bengal, India, where cows are sacred to Hindus at least, they make a noise which in Bengali is rendered ‘hamba, hamba.’ In English, the very same cows go ‘mooooo!’

The spoken language was converted into a script when human societies first developed irrigation and organised agriculture. Hebrew, Sanskrit, Basque and Sumerian were some of the first languages to be written down. There are many ways to write down all those 7,000 languages. Some like Chinese, Korean and Japanese use characters. Others use the Latinised alphabet like English, German and Indonesian. There is the Cyrillic alphabet used by Russian and Bulgarian. Then there is a myriad of other languages that are mutually unintelligible and use their own scripts like Hindi, Thai, and Arabic.

Some languages have never been written down before very recently and their alphabet has almost been invented by others who have learned their language, often to promote the Bible. Of the languages that use the Latin alphabet, English gets along just fine with 26 letters, while Rotokas, a Papua New Guinean language only uses 11. Khmer, the official language of Cambodia, uses an incredible 74.

Just to show that these scripts are limited in comparison, consider Chinese, which can boast 50,000 different characters. This might seem far too many if you are only learning Chinese for the first time, but apparently, only 2,000 characters are ever used most of the time, which cuts down your learning time considerably!