What Sort of Influence Does Culture Have on TV Commercials?

Home: General: What Sort of Influence Does Culture Have on TV Commercials?

What Sort of Influence Does Culture Have on TV Commercials? 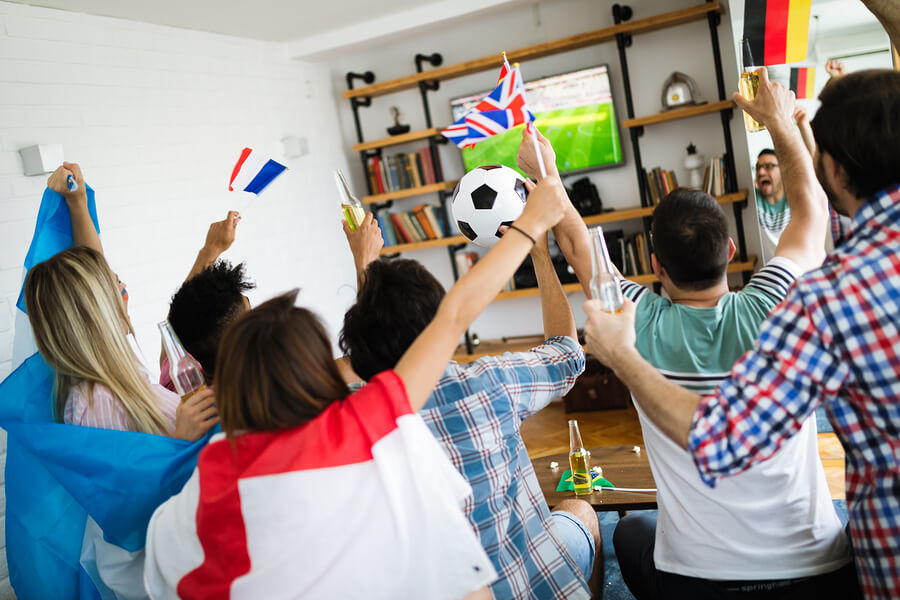 Some people might think that TV programmes and the commercials that almost universally fund them are on the road to extinction, replaced by online entertainment, news and information reporting, and advertising. However, this doesn’t seem to be the case. TV viewing is, if anything, even more, important than ever before. That means that advertising in the form of TV commercials remains a vital business decision, one that can potentially get products and services into millions of homes every day.

As evidence for the continuing importance of TV and TV commercials is the statistics for the number of hours that ordinary people watch TV. For example, in the U.S., where access to the internet and the ownership of multiple internet accessible devices is near universal, the average number of hours of TV watched is astounding. 12 to 17-year-olds are the least interested in TV, yet still, watch an average of nearly 21 hours of TV every week. The older the cohort of viewers, the more TV is consumed. 65-year-olds and upwards, i.e. the retired population, for the most part, watch well over 50 hours on average every week.

It must be remembered that for every hour of TV watching unless there are specifically non-commercial channels available (e.g. Britain’s BBC and its Australian counterpart, the ABC), at least 20% of that TV viewing consists of watching TV commercials, even if it is rather reluctantly. The message of desirable purchase and consumption is drummed into billions of peoples’ heads around the world every single day.

There are two other observations to be made here before delving into the effect of culture on commercials and vice versa. First, commercials are out to persuade viewers to part with their money and buy whatever is being advertised. The statistics quoted, if repeated elsewhere apart from the U.S. reveal that those who have the most disposable income, i.e. the oldest, watch TV and therefore commercials the most. Secondly, TV commercials reach millions of people simultaneously, whereas internet-based advertising is by its very nature more limited in scope and targeted. Businesses that have the money budgeted for advertising are more likely to spend big on TV advertising than internet advertising simply because they have a much bigger audience.

How Culture Affects the Design of Commercials

Businesses advertise for one main reason: to persuade as many people as possible to buy their products and services. Commercials are all about maximizing profit. To do so they must target who the businesses think they can sell the most to. They must use the language and cultural nuances of their target audience to the utmost or risk viewers tuning out.

All advertising is a risky business. It’s hard to tell in advance whether a particular commercial will be effective. There are some very simple reasons why culture affects the design and presentation of any one TV commercial. For a start, commercials tend to focus on those they think have the most money to spend. In many countries with diverse ethnic groups, there is often a big disparity in wealth between one ethnic group and another. This isn’t lost on TV commercial designers who don’t tend to waste time using the poorer ethnic groups in their advertising. They use the language and ethnicity of the wealthier population.

TV commercials, like any commercial advertising, are all about maximizing the return of profit to the businesses that pay advertising agencies to make the commercials for them. A lot of time and money on research into what makes people part with their cash is spent by these agencies. They tilt their commercials to emphasize the aspects of human nature that people aspire to. For example, in Australia, where 30% of the adult population is obese, it is highly unlikely that obese people will feature in any TV commercial, even if this is representative of the population as a whole! TV commercials consistently use subjects in their advertising who are younger, more attractive, healthier, wealthier, more athletic and seemingly happier than the general population of viewers. Presumably, this is because their research has shown them that if older, less attractive, unfit, sad, poor and sluggish people were featured in their adverts they wouldn’t be so popular!

Culture can also have positive influences over advertising. It is not permitted these days in most western countries to advertise the smoking of tobacco products on TV, largely because the damaging health effects of smoking have finally filtered their way through society so that there is little controversy about it. Contrast that with the 1970s when it was common to see adverts featuring young, beautiful, healthy, seemingly fit people smoking like chimneys on TV commercials!

In this regard, commercials tend to lag behind the changes in a society’s norms and cultural understanding. One of the biggest disconnects between a changing culture and the attitude of commercial advertising is in society’s growing awareness and response to climate change. It is generally now recognized by all but a few diehards that the use of fossil fuels in the amounts that the world has got used to is foolhardy. Yet there is no sign that TV commercials showing appealingly shiny, fast cars and chunky SUVs are going on the same road to oblivion as adverts for cigarettes and smoking!

TV advertising is still a very important way that businesses, especially the major brands, can reach millions of potential consumers. TV commercials are not going to die away soon and seem to be running nicely alongside the use of the internet, rather than be in competition with it.

Culture is probably one of the biggest influences on exactly what is shown on commercials. Businesses are out to get people to spend their money on their products and services and will use every trick in the book to get their message across. They have discovered very early on that successful adverts are those that give their viewers the illusion that they may be younger, wealthier, healthier and more attractive if they purchase the products they are seeing advertised. It may be an illusion but it is a reflection of what the general population wishes it was, rather than what it really is.